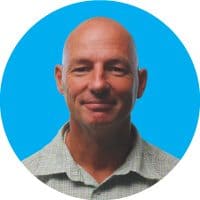 Marc Wheway was born in England (1969), and spent his childhood years growing up in New Zealand from age 4 and then Australia from age 10. He came to know the Lord while living in New Zealand and then received a call to fulltime ministry while in Australia. From Australia, Marc relocated to the United Kingdom at age 34 where he took up an executive position with Soldiers’ and Airmen’s Scripture Readers Association (SASRA).

Following SASRA, Marc returned to Australia as the Chief Commissioner of Everyman’s Welfare Service (formerly Campaigners for Christ). After eight years of combined missionary service to military personnel, Marc retired and was appointed Chief Executive Officer of Scripture Union (SA). Following, he took up a senior position with Christians Against Poverty (CAP), before the General Manager of Interseed, later moving on to State Director of Prison Fellowship (Qld). Marc is now a Partner and the Managing Director of the family business while continuing his academic pursuits, studying for a Master of International Relations concentrating of global politic’s and religious implications.

In addition, Marc directs Kingdom Seekers. Kingdom Seekers is a ministry primarily focused on the End Times. On the subject of eschatology (last things or end times), Marc has earned a Ph.D. through Louisiana Baptist University and Theological Seminary. He now passionately shares his knowledge of eschatology with churches across the globe, of all dominations. To book Marc as a speaker in your church, or conference, please contact him via the contact details on this webpage.